Last Day Of The Ski Season Has Me Looking Ahead...

...and looking back at posts that Gordon and I wrote last season. I'm ready to fish. How about you?

One key last year at this time was being on the water early or late. By 8:00 most mornings, occasionally 9:00, the show would be over and I mean done. We'd work hard from then until noon with very good current flow and catch nada after four hours of the kind of fishing where you get pissed if you don't at least get a hit on every cast. Wait 'till 4:00 or 5:00 PM. relaunch, and the show would be on again.

I'm curious to see if that's the sort of pattern we have right now. The river is load with bait again this season, perhaps even more so than last mid-June. I'm leaning towards fishing the dropping tide for the fastest action, regardless of the time of day, which is why I'm writing this at 5:00 AM instead of out in the boat.

I heard that the DMR was recently conducting angler surveys on the Kennebec. One of the days there were 22 anglers who reported being skunked. It was a day when our clients caught a lot of fish. I say this not to gloat or boast but to illustrate the point that the stripers are grouped up. Find 'em and its great fishing.

How do I know it's almost time? 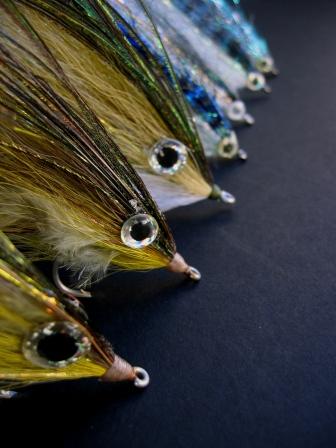 We're down to running only one lift here at Sunday River. The woodcock are doing their evening mating dance in the fields around Bethel. I haven't unpacked my gloves since getting back from Colorado a week ago. I'm wondering how long until I have to go to Phippsburg to cut the grass. I fall asleep thinking about fishing.