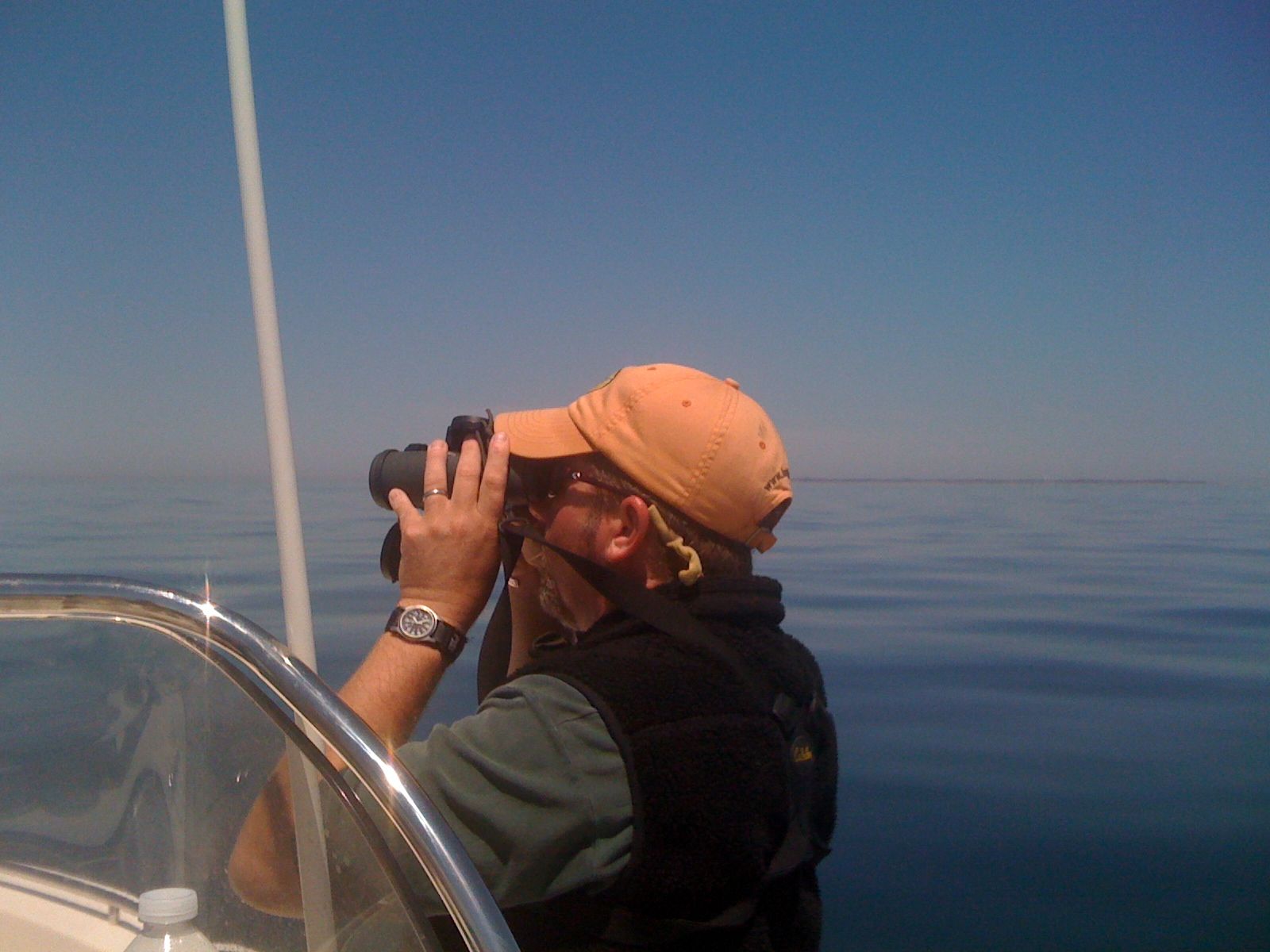 Waiting for everyone to wake up and get going on this foggy morning I've been sending updates to friends on where we found tuna yesterday, what we saw for bait and birds and suggestions on tactics for today. Many of the bluefin were small fish, much smaller that the mediums that we found back in June on my last trip in Cape Cod Bay. Current regulations on tuna harvest will require release of most of the fish caught out there today. Successfully releasing a bluefin tuna after a brutal battle is always challenging and risky. With the smaller fish we have the option to keep it and a better chance to land it quickly. We really don't know much about survivability of these fish.

Striped bass are generally rugged fish. They often are ready to swim away as soon as we land them. A lot of us work to limit mortality in the bass that we catch by trying to land them promptly, crimping barbs, employing circle hooks, supporting the belly of a big fish and taking photos quickly. It is easy to fall into the trap of thinking that we don't contribute to striped bass mortality when we release the fish that we catch. 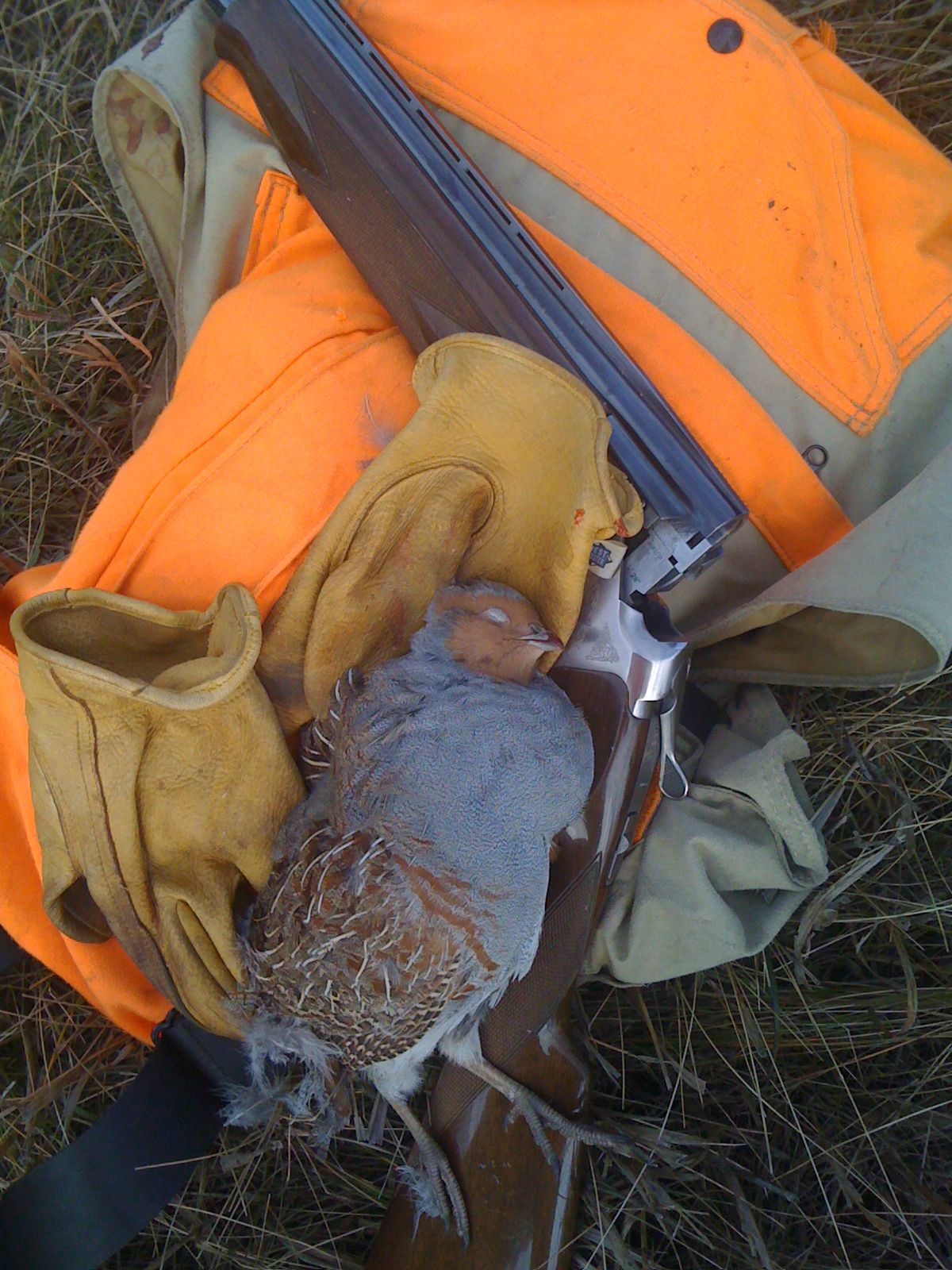 My niece Claire and I spent time this morning looking at photos from my last bird hunting trip to North Dakota. Lot's of images of a happy but tired dog, sunsets, wheat stubble, abandoned school houses and of course...dead birds...in the mouth of the dog, on the tailgate of the truck, on top of my vest next to the 16 gauge, on the grill in the motel parking lot. For a nine year old from San Francisco, the fact that the birds are dead stands out.

Claire and I also quickly scrolled through a ton of summer photos that included umpteen shots of clients holding fish, stripers in the water, reviving another bass. There aren't any images of a fish on ice, or cleaning the fish at home or a striped bass on the grill. It is logical for her to assume that we don't kill any stripers. She is only nine. How often do we fall into the same trap?

Fishing is still a blood sport, even when we release everything that we catch. Some percentage of all of the fish that we hook, in any fishery, will perish. Our impact upon the fishery is greater than most of us usually acknowledge. One significant challenge for fisheries managers is to quantify catch and release mortality.  There is decent data from a number of studies done in freshwater ecosystems, more limited statistics in saltwater settings, but we know much more than we did twenty years ago. Here's a great, readable article that summarizes a number of release mortality studies. Limiting physical injury as a result of hooking and limiting physiological stress on the fish that we catch when we fight, handle and release them are the two variables over which we have the most control.

If you're interested in reading more, here's a report on studies done in Maryland on striped bass catch and release success and here's a general article with good suggestions and thoughts from the Florida Fish and Wildlife Conservation Commission. 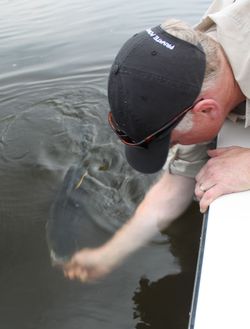 I had three recent disappointing experiences with nice stripers that we caught in the Kennebec River. We decided to tag a fish that was over the slot limit. I inserted the tag needle too low on the fishes back an nicked an artery or vein. The fish bled significantly, something I'd never experience in all of the stripers that I've tagged in Maine and Massachusetts. We quickly got the bass back into the water. The blood rapidly clotted at the tag entry site and the fish swam away with vigor. Three days later I entered Morse Cove at the end of a charter and found the same fish floating dead on the surface. I was pissed at myself the rest of the day and am still bothered by my mistake.

The same day that I killed the fish in the process of tagging it, we had trouble reviving a fat 29 inch striper. There was nothing remarkably different about the fight - it didn't seem longer than usual, there where no seal attacks, the hook was in the upper mouth and easy to remove. This bass just wouldn't right itself while we were reviving it. We probably spent 15 minutes holding the fish along side the boat, working to get it strong enough to release. Eventually, it's mouth clamped down on my thumb and its tail swooshed as it turned away, but I can't say that I'm confidant that bass survived.

Only three days later we caught two fish that came to the boat missing chunks of their tails. Seals. We would see the gray shapes zooming after the bass as we desperately tried to yank the fish into the safety of the cockpit. We ended up leaving this spot that held plenty of stripers because we didn't want to continue to subject them to the predation of the seals.

I know that I'll be paying close attention to how we handle fish that we catch. I hope that as we contemplate and debate rules and regulation, management strategies and population studies, we recognize our contribution to mortality even if we practice 100% catch and release. I'm still going to chase the tuna and do my best to limit the number that I kill, but I'll do so wondering if I'm being hypocritical.