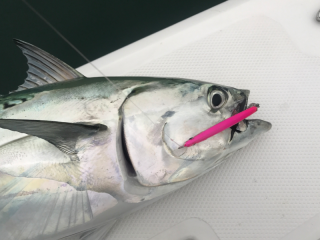 It's that time of year when I shift all of my attention to chasing false albacore off the south side of Cape Cod. I base myself in Falmouth but fish from Monomoy to Wasque to Cuttyhunk to the Canal and all of the waters in-between. More later about why these fish have such a hold on me and so many other anglers. I'll try to explain in a future post, although the best way to understand, to truly get it, is to come fish for them. For now let's focus on those of you who are already committed to catching albies.

Color matters, not all the time, but often enough that it should factor into your equation of what and how you are presenting your offering to false albacore. If you've found the fish (here's a post that can help you with that endeavor) and you're making the right casts but they aren't biting the way you think they should be, it's time to change up what you're tossing. In many instances a color change is all it takes.

Pay attention to the other anglers around you. Is someone catching noticeably more fish? If so, the albies want to eat something other than what you have tied on. If you've found your own fish and aren't getting consistent hits, it's time to mix it up. I think about setting up for ducks. Pick a spot where the ducks want to land that morning and you'll have lots of action. Set your decoys in a location that really isn't where the birds want to be and you'll have some lookers and you'll talk a lonely single into lighting at the edge of your spread. 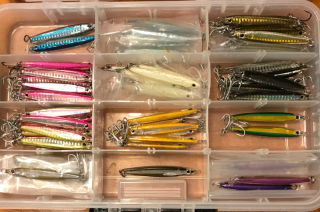 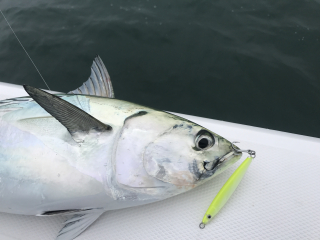 One simple change is to alter the color of the Epoxy Jig, Albie Snax, metal, Ronz that you are using. I've seen so many instances where we went from one hit every thirty casts to one hit every five casts just by changing from white to pink, or from silver to purple. And in some of those cases have confirmed the color preference with other captains and anglers on the same fish.

While I've experienced the same result with color change in fly patterns it seems to be often much less important than when tossing artificial lures. Why? I don't know but the flies we use are often much closer imitations of the prey, and I think that has something to do with this observation. Don't ignore color when you put together your fly box or watch the false albacore zoom all around your fly without trying to eat it, but I think it's lower on the list that includes presentation, retrieve, pattern shape and size.

When you're chucking hardware, be ready to tie a lot of knots, have plenty of leader material, rig rods with different lures, and remember to change up color if the albies aren't doing what you expect. 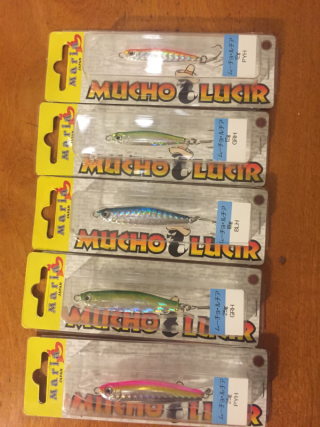