After what I described as good early season trips all of last week, the striped bass fishing on the Kennebec River here in Phippsburg really lit up this week. We'd all been waiting and searching and watching for big pods of happy stripers busting bait on top and hadn't seen it in the river (although I did get credible reports from around Gardiner about surface feeds 10 days ago) until this Sunday. I was teaching a two-day fly fishing class but a good friend was on a good surface feed Sunday morning on the dropping tide. It's only gotten better since then. Much better. 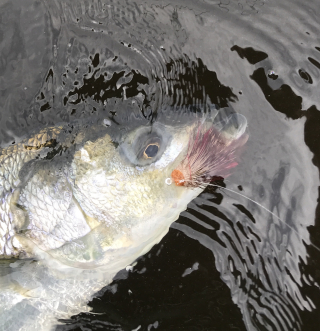 Of course it is still fishing, and not always what we expect. I fished Tuesday with my dad and was disappointed by what we found. It was bright, and dry, and cold, and not fishy weather. We got a good early start and had great moving water but were only finding one fish here and one fish there. Eventually we located a good group of bass that we're happy to eat but it was a slower morning than I hoped. Don't get me wrong, it was great to fish together on a stunningly beautiful morning after a fun evening of the season's first lobster feed but I really wish he'd been able to stay one more day. We'd be hearing stories for years about the fabulous fishing. 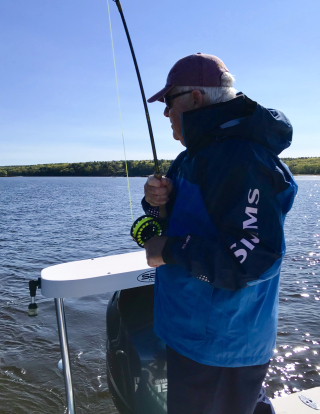 I fished by myself on Wednesday. I was wide awake at 4:00 and tied flies for the first two hours of the morning with intensions to get after some desk tasks and house projects. There wasn't a hint of wind on the water and the cloud cover was perfect, so by 6:03 I was in scramble mode, hooking up the Maverick and grabbing some snacks to go. I needed to test out these small hollow fleye variations I'd been working on and I also wanted to try a new SciAngler Amplitude Anadro line that I'd bought for some other purposes. It didn't take me long to find birds working over stripers at the bottom of the out tide. I really, really love to fish shallow water for bass that are visible or pushing water, but after another long winter, I'll take fish going bananas on the surface. I had a blast.

I fished a bunch of different fly patterns, fly line and rod combinations, and connected lessons shared over the weekend with observations on the water. Here are some fly thoughts: 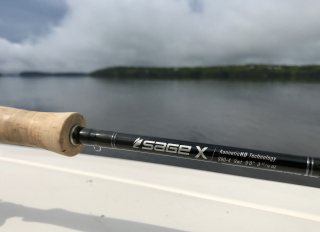 Thursday morning was more of the same, kind of old school, Kennebec June fishing, run 'till you see birds, stop, catch fish until they either move on or you decide to see where else the stripers are feeding hard. I got to spend the morning fishing with my great friend Rich Pschirrer and neither of us really noticed the rain we were having such a blast. Just got a text from Rich saying "Let's do more of that, anywhere, anytime." I agree. I'm game. 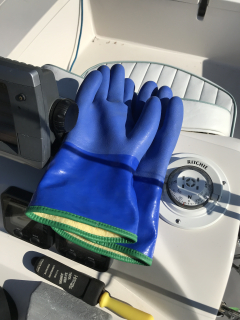 One parting suggestion - if you don't have a pair of these gloves for early season outings (or fall tuna runs, December decoy deployment, or mid-winter cash washing), head to your nearest commercial marine supply store, by two pair (your dad, friend, spouse, client, will appreciate it), and stick them in your boat or bag.